StriX-β was originally scheduled for launch with Germany’s launch services company, Exolaunch, on a Soyuz-2 rocket in winter 2021. However, this was suddenly postponed. Synspective still needed to launch its second rocket quickly and continue to execute its business plans. Determined to meet the scheduled timeline, Synspective decided to collaborate with Rocket Lab and arranged to transport the satellite to their launch pad via a private jet.

“I have always been impressed with the flexibility of Rocket Lab’s response,” said Shoichiro Asada, General Manager of Business Development, who led the negotiations. “The change from the Soyuz-2 launch vehicle was unavoidable, but I believe it was perfectly timed considering the difficulty in launching satellites from Russia due to the situation in Europe.”

About a month before launch, the five members of the Synspective launch mission crew arrived in Auckland. As they did during their first mission, the mission crew moved to a quarantine facility immediately after their arrival in New Zealand to limit the introduction and spread of Covid-19.

During the isolation period, StriX-β was loaded onto the plane at midnight on January 26 and flew out of Narita Airport on the same day. StriX-β arrived safely in Auckland on the evening of January 27, New Zealand Standard Time (NZST). After quarantining for 10 days, the launch crew moved to the Mahia Peninsula to load StriX-β onto the rocket. 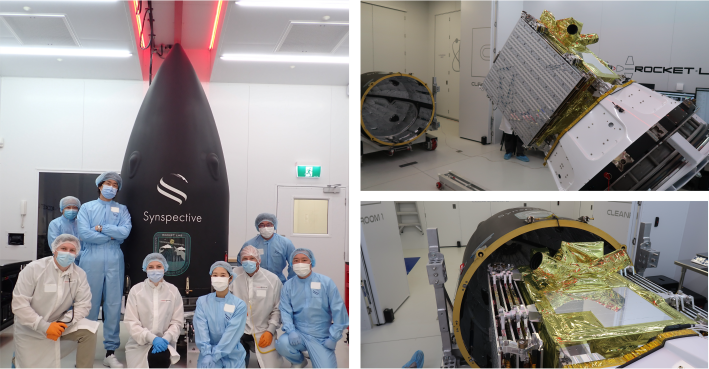 The suspense continues for several hours immediately after the launch

As the launch was scheduled for early morning, the remaining members of the Satellite Development Department in Japan went to the office late at night to monitor the launch.

With a booming sound, the Electron rocket with Synspective and Rocket Lab’s mission logos flew straight into space. The rocket disappeared between the clouds and the team transitioned to viewing a live-cast monitor of the launch from a mounted camera on the rocket. The view of Earth was covered by clouds, which made it difficult to see what the surface looked like beneath the sea of clouds, but also corroborated SAR’s advantages.

Rocket Lab’s CEO, Peter Beck, soon sent out a tweet that read: “Payload deployed, 100% mission success.” While the team felt a sense of relief, it wasn’t over yet. Telemetry needed to be received and a confirmation that the satellite was properly functioning. After 30 minutes, cheers and applause filled the operation room after confirmation was finally made.

“Even though this was the second launch and initial operation, I was nervous,” said Toshihiro Obata, General Manager of Satellite Systems Development Department, on the mission. “If the satellite cannot communicate, its status cannot be assessed and operating instructions cannot be transmitted. Also, if the antennas are not deployed, power cannot be generated and observations cannot be made, making subsequent operations impossible. In the first few hours after launch, so many important things occur in such a short period of time. We will judge the state of the satellite, which is moving at an altitude of 561 km in space at a speed of 7.6 km per second, from the limited string of numbers available during the 8 minutes or so of available communication time, and take action if necessary. We were torn because it was only the second time we had done this. When we were able to confirm that the system was working properly, we were delighted, relieved, and overflowing with gratitude to everyone involved, both inside and outside the company. However, this is just the beginning. We will soon start checking functions and performance in order to start providing images and solutions. The suspense continues.” 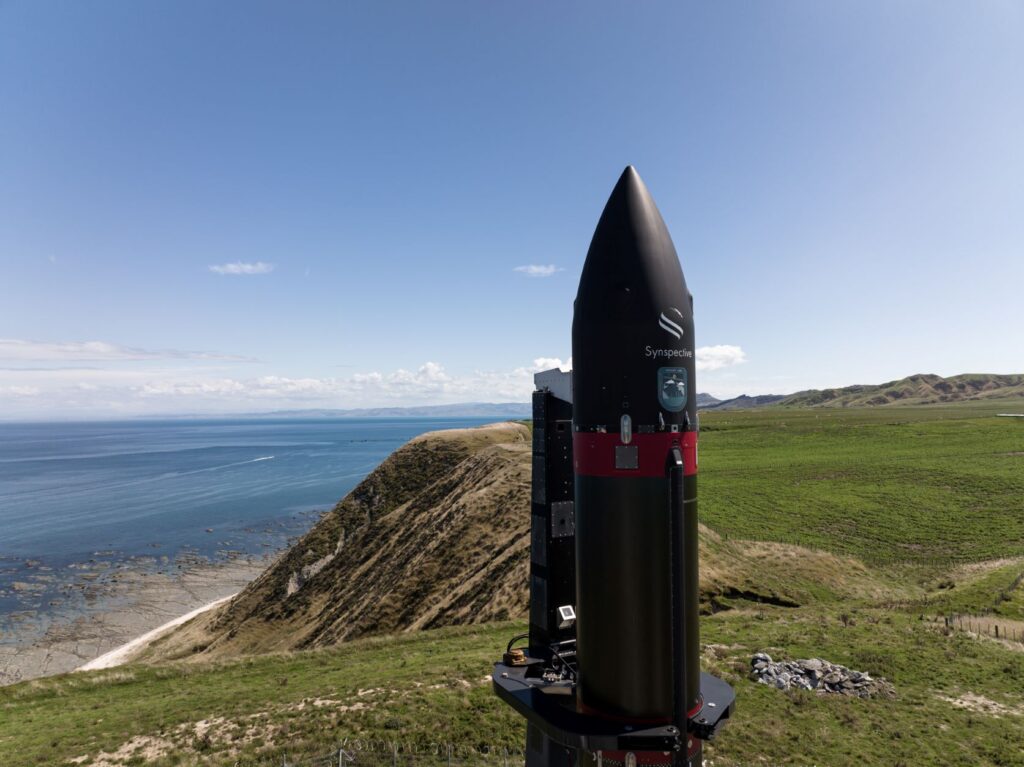 We want to make satellite launches more accessible to the public

StriX-β launched early in the morning at 5:37 a.m Japan Standard Time (JST). While there was no public live-streaming in Japan, Synspective’s CEO, Motoyuki Arai, and GM, Shoichiro Asada, shared their thoughts and reflections on the latest mission deployment and collaboration with Rocket Lab, which can be viewed below. Mr. Asada is a rocket professional who has been engaged in space development for more than 35 years, including the development of rockets such as the N-1 and N-2, the privatization of the H-IIA, and as a professional manager of launch services.

Synspective will soon launch StriX-1, its third satellite to date and first pre-commercial satellite. The company is aiming to build a constellation of 30 satellites by the late 2020s.

We are a passionate team that strive to push the limits and build transformative solutions with a new generation of satellites. There are many valuable opportunities to be part of our pioneering mission as we continue to grow, which you can explore on our website.

Previous Synspective’s “StriX-β” has taken a SAR Stripmap image of Brasilia, Brazil
Next Article Synspective’s Founder and CEO, Dr. Motoyuki Arai, will be attending a Panel Discussion at the World Satellite Business Week 2022