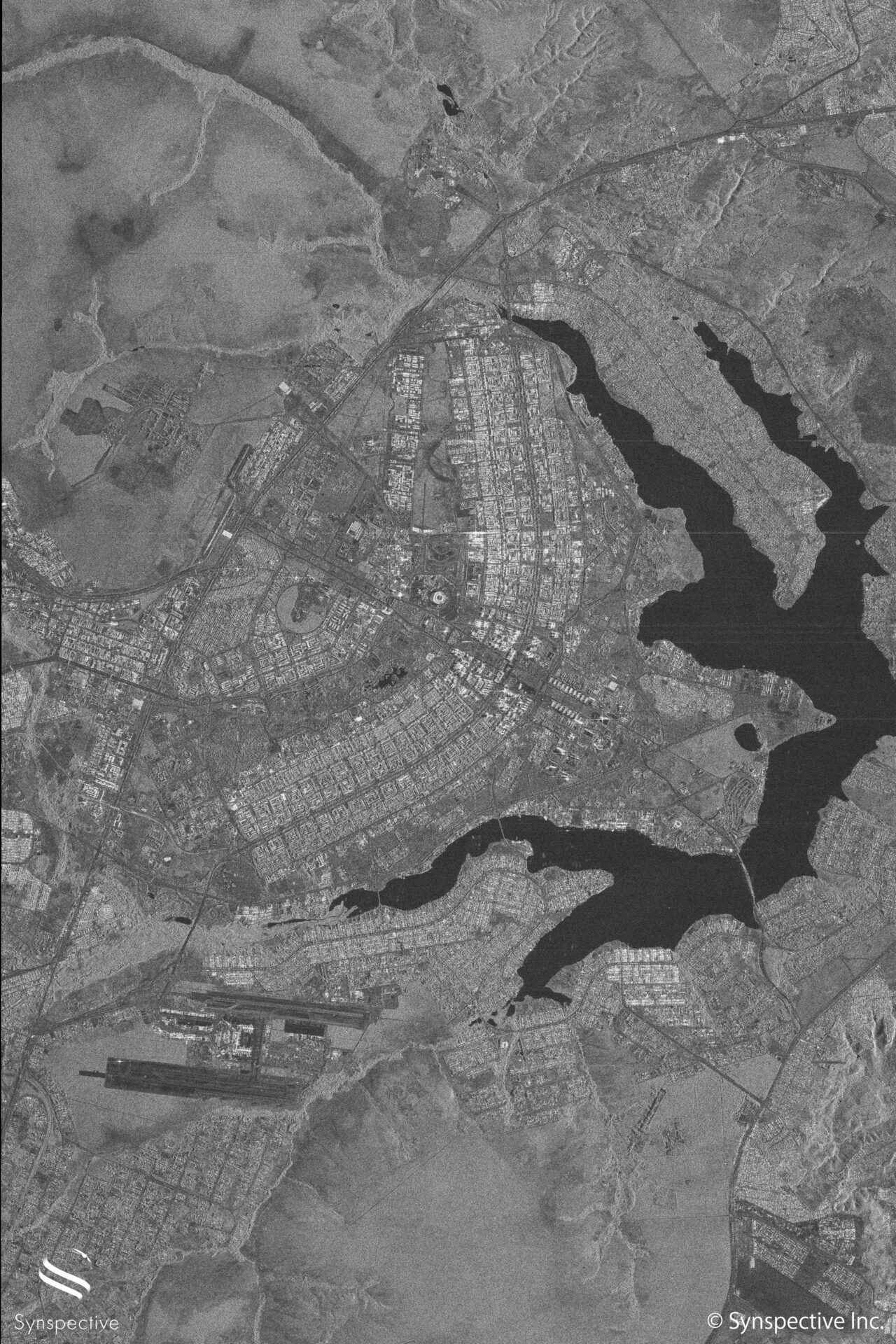 About the Area
– StriX-β has taken a Brasilia urban area. Located in the center of Brazil, it became the capital of Brazil in 1960.

– The Federal District, in which the city of Brasilia is located, consist of 5,802 km2

– The city architecture is unique to the extent that it is part of the World Heritage List. The main area of the city resembles a butterfly or airplane and this can be seen clearly on the image. 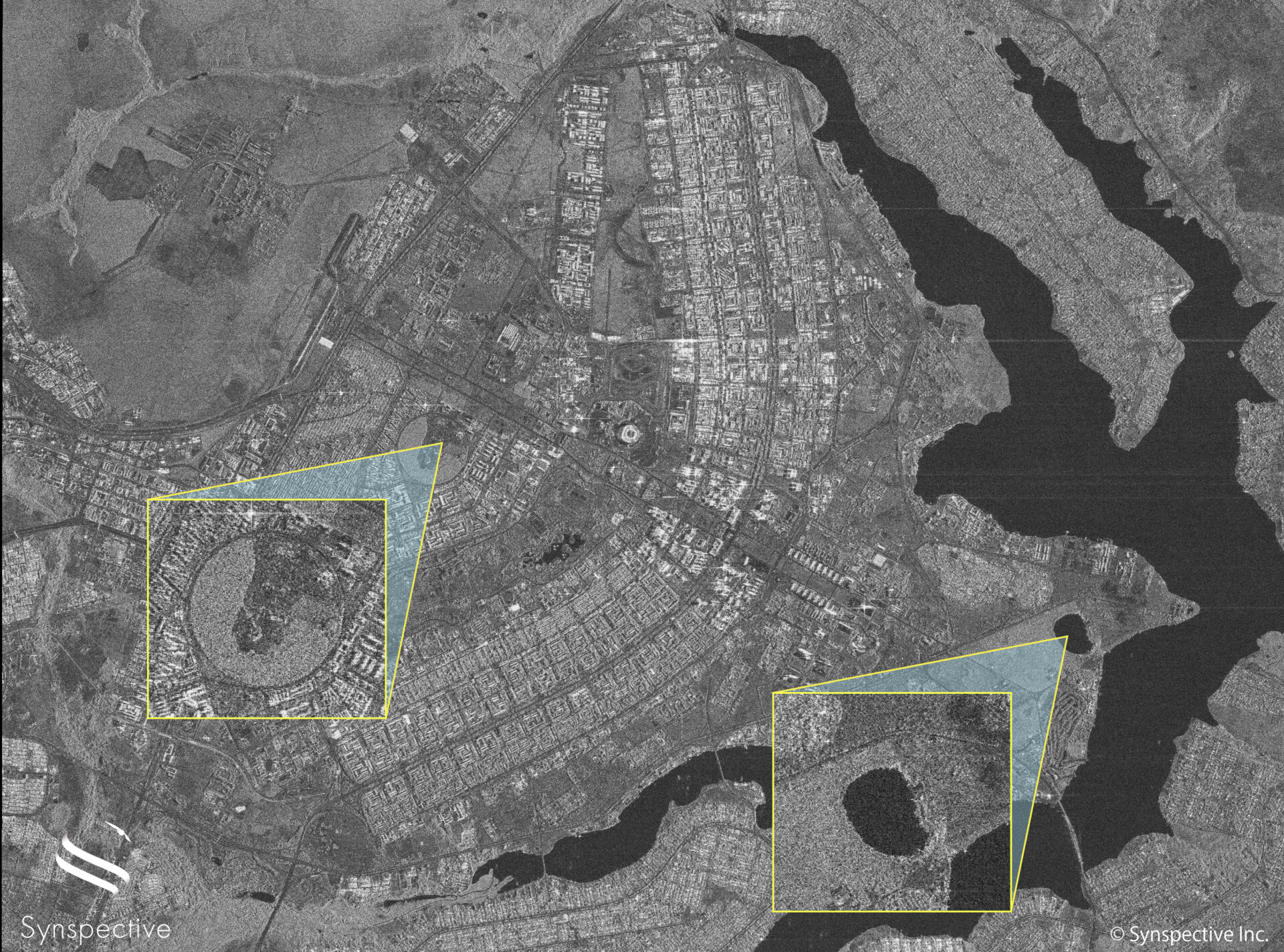 Observations
– The waterfront on the right yellow zoom in (the small circle pond) is part of the Jaburu Palace, home to Brazil’s Vice President.

– The larger circle on the left yellow zoom in, without buildings, is the National Meteorological Institute, the national meteorological organization of Brazil, responsible for weather forecasting, collecting climate data, and alerting the public of extreme weather.

– Synspective’s StriX satellites have 2 capturing modes: Stripmap and Sliding Spotlight mode. For this image, Stripmap mode has been used. Stripmap Mode has the capability to cover areas of 1000~1500km2, covering the city of Brasilia in a single image.

In the Stripmap mode, the center of the antenna beam moves in conjunction with the satellite at

an approximately fixed off-nadir angle (See image down below). While inside the antenna beam, the ground is illuminated with a sequence of electromagnetic pulses. The outcome of this imaging mode is a long swath image with a nominal slant-range resolution of 1.8 meters and a nominal slant-azimuth resolution of 2.6 meters. 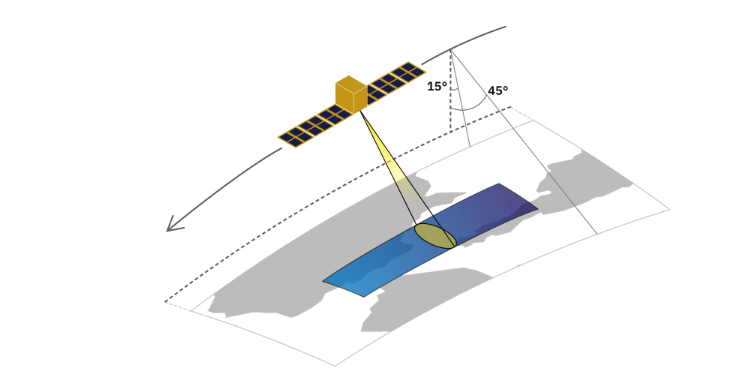