About the Area
Located in the east of the City-state Singapore, Changi airport handled more than 68 million passengers in 2019. The airport is famous for its design and has won the “Best Airport” award in 2019.

The nation is located with neighboring countries Malaysia and Indonesia.

The image on the left shows the far east of Singapore, Palau Ubin, Tekong Island and the mouth of the river Johor in Malaysia.

Observations
– This image clearly shows the differences between the densely populated urban areas in Singapore and Malaysia, as well as the nature rich island of Palau Ubin.

– Since this area is closely located near the equator, its tropical climate often results in heavy cloud cover and rain. SAR satellites can penetrate clouds and rain, resulting in its high demand for the monitoring of natural disasters, vegetation, and infrastructure in the Southeast Asian region.

– The airport is built mainly on reclaimed land, and has to be monitored over time, the unique characteristics of SAR allows for applications to be created for wide area monitoring for changes to the land. 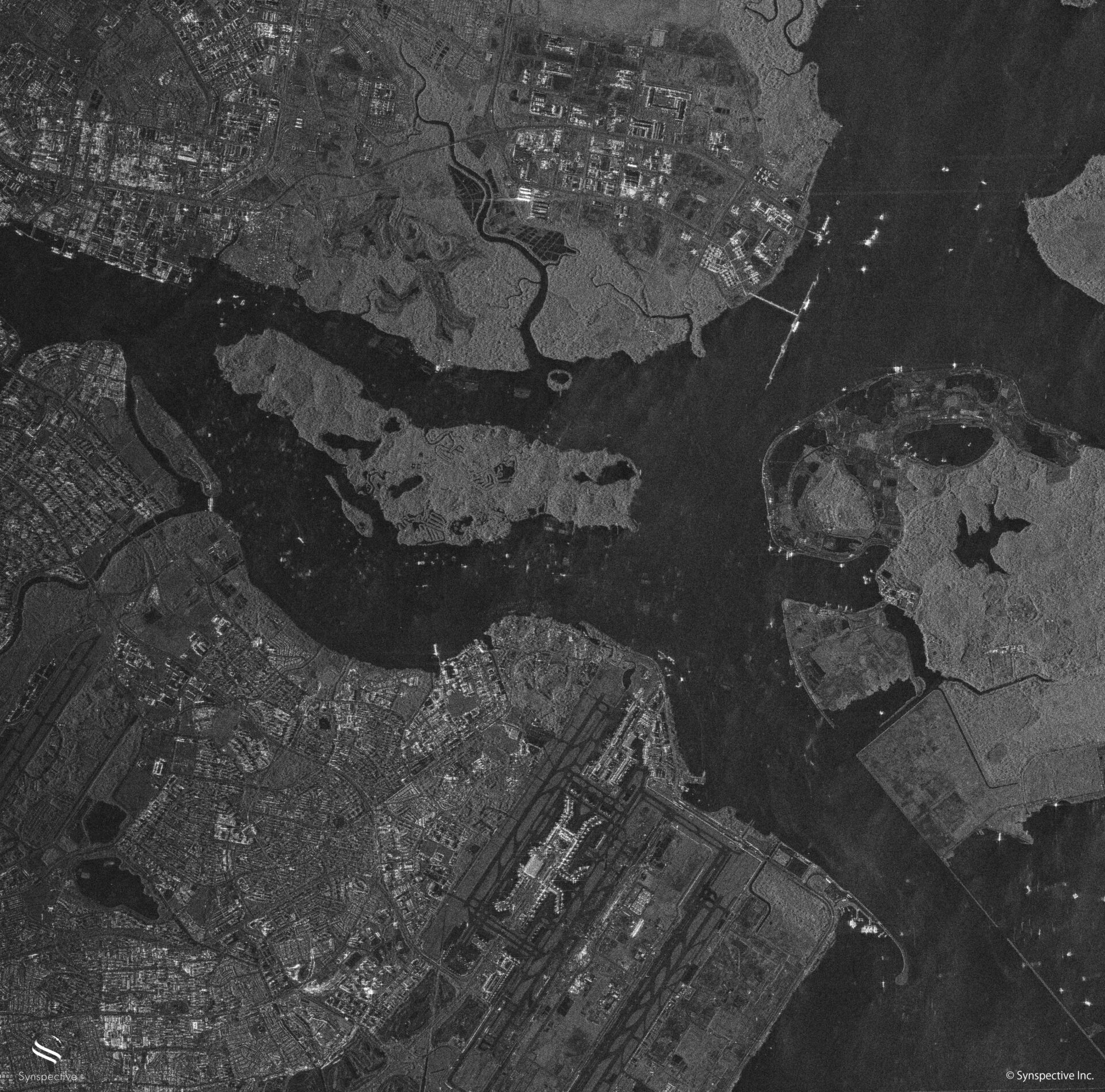 The airport has 4 terminals, all clearly visible on the image above. The circle in the north part of the terminal area shows the Jewel Changi Airport shopping mall, which is known around the world for its famous nature design and vortex waterfall.

Previous Synspective Selects TOKYO KEIKI as Partner for Mass Production of Small SAR Satellite, and Currently in Discussions to Build a New Assembly Facility with a Clean Room and Start Operations within the Next Few Years
Next Article Synspective releases First Image from its Small SAR Satellite “StriX-β” that captures 3 cities around the world