It is oftentimes a tradition that space companies create a mission name or an iconic mission patch emblem for their respective satellite launch missions. In honor of this, we named Synspective’s StriX-α satellite launch, ‘The Owl’s Night Begins.’

The StriX satellite series derives its name from a parliament of owls. ‘Night’ demonstrates SAR’s capabilities to detect changes to the Earth’s surface, independent of weather conditions on Earth and at any time of day or night. The last word, ‘begins’, illustrates that this is the first satellite of many to come and Synspective’s presence in the skies is just beginning. 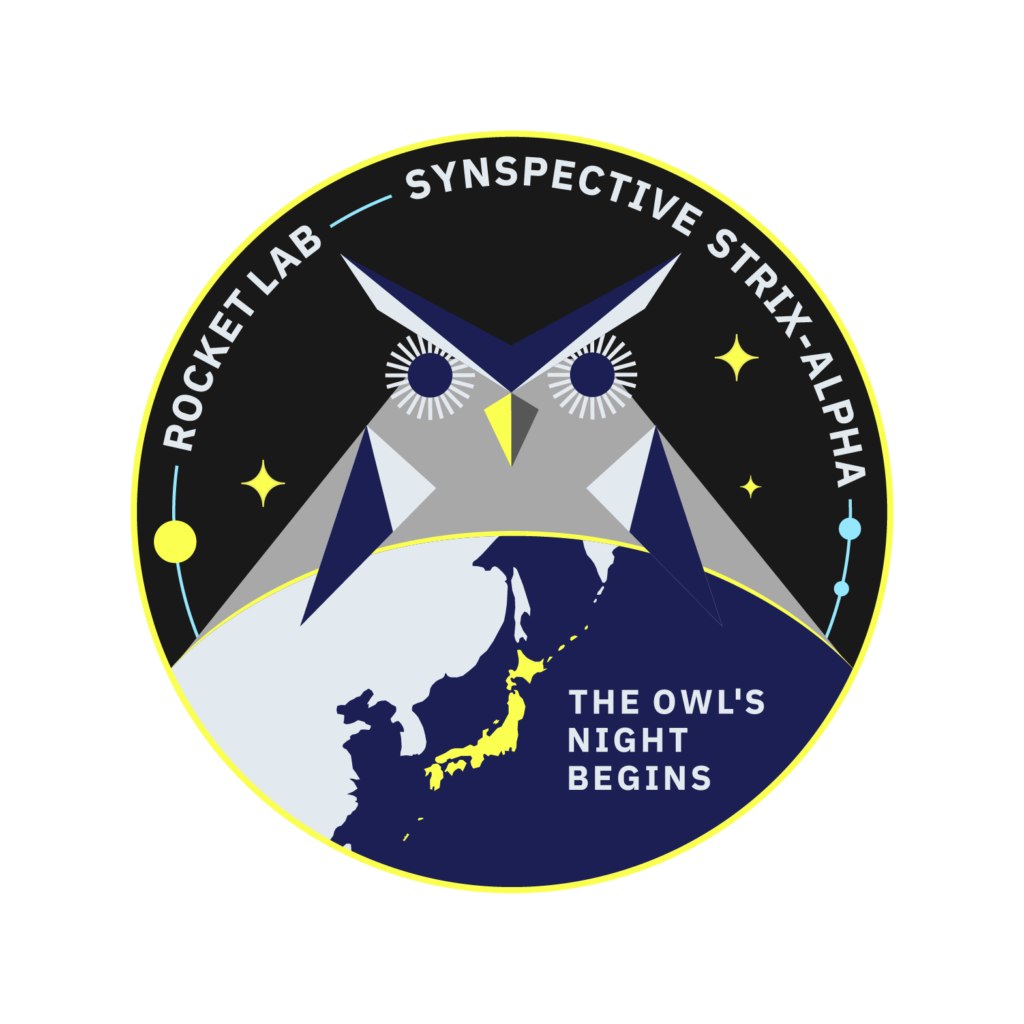 This was Synspective’s first sovereign satellite launch, a major milestone for Synspective’s members and all involved parties. This coincided with the ongoing coronavirus pandemic and mission crew members had to navigate and overcome numerous challenges. StriX-α was launched by Rocket Lab’s Electron from New Zealand’s Mahia Peninsula launch site on December 15th (JST) and deployed at an altitude of 500 km in a Sun Synchronous Orbit (SSO). StriX-α is now in full operation and we received our first imagery of the Earth’s surface on February 8. 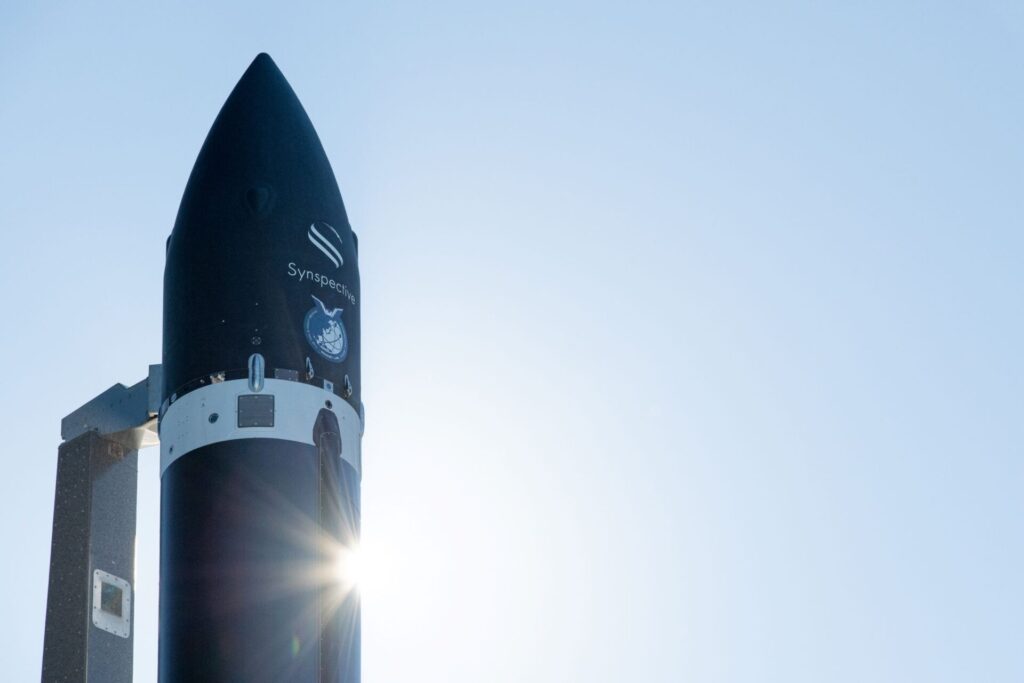 These are edited excerpts from our conversation with Synspective members about the StriX-a launch. 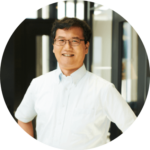 Toshihiro Obata, Board Director/General Manager of Satellite System Development Dept.
“It is rare for a very first satellite to succeed on first launch, or in our case, to acquire an image, because it is going into space where the developers have never been before. Although we did everything we could, we also prepared for a worst-case scenario and came up with a lot of countermeasures. In the end, the launch was a success and we were able to acquire image data successfully. Still, it was really a mix of confidence and anxiety up until that point.”

In December 2020, six mission crew members set off for New Zealand to ensure the success of Synspective’s first satellite launch. After being quarantined for two weeks, they were finally able to meet StriX-α. For many of the crew members, this was their first time participating in a satellite launch mission. 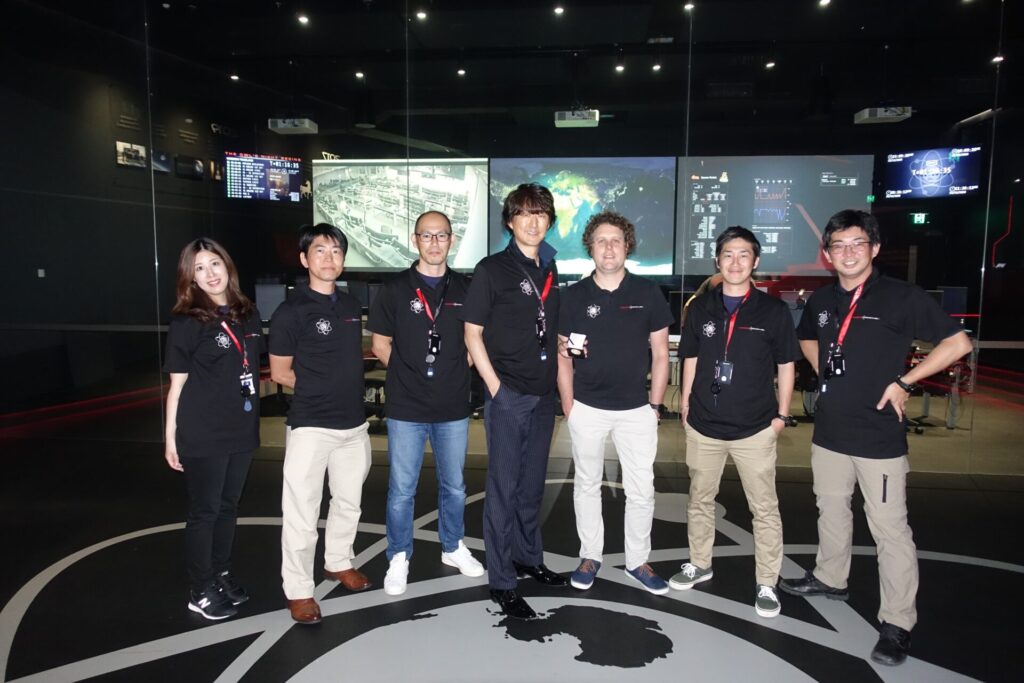 Synspective mission crew with Peter Beck, CEO of Rocket Lab. It was a great honor to collaborate with Rocket Lab.

Ichitaro Arisaka,Project Manager＆ StriX-α Mission Manager
“We built the demonstration satellite with insufficient equipment, manpower, and time. We did our best under the given conditions, but to be honest, we were not sure if we were able to conduct satisfactory verification at all stages.The desire to live up to high expectations of those around us, the motivation to face the challenge, and the feeling that I could do this mounted pressure, sometimes like a double-edged sword. StriX-alpha was the first small satellite in our SAR satellite constellation; I had more feelings for it than for the large satellites I had launched in previous companies. I am excited to put more satellites into orbit as soon as possible”

Yume Ichimura, Assistant of Satellite System Development Dept.
“The most valuable experience was to have the best collaborative effort in everything we did. I am honored to have been able to support the members who were working day after day to ensure the success of the mission, and fondly recollect the excitement and hopes of everyone involved in bringing the first satellite to fruition.”

Hisatsugu Yamawaki, Quality Assurance Engineer
“The mission during the coronavirus pandemic caused us a lot of anxiety and hardship. The most valuable experience was being able to overcome challenges, deepen our bonds, and help each other out.”

Kohei Awata, Manager/Electronics System Engineer
“As the only electrical engineer, I was under a lot of pressure. With the support of the other members, I was able to calm the mind and push forward. It was an amazing experience to be able to see the satellite being loaded on the fairing payload and witnessing the launch from the actual site. Living under quarantine in New Zealand and working in a new environment for the first time were hurdles we had to overcome, but it was a learning experience and we’ll take that with us as we develop and prepare for StriX-β.”

Shota Ichikawa, System Engineer
“We were under tremendous pressure to load the satellite onto the rocket. If we made a mistake here, everything would be lost. I still remember the high-five with team members when the satellite was successfully separated from the rocket!”

Wataru Uchiyama, Manager/AIT (Assembly, Integration and Test)
“The launch of StriX-α was the first satellite launch for the company and me. I participated in the development of StriX-α from the middle of the project, and took it on feeling that I did not fully understand it. Was this really all for the best? To tell you the truth, that thought still lingers in my mind. Fortunately, I was also able to participate as a member of the StriX-β mission crew, so I think I can now finally answer that question.”

On the day of the launch, the PR team broadcasted the launch and held a live press conference on YouTube with over 6,000 views.

＊You can watch the launch live of StriX-α from here. 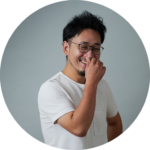 Katsuhiko Kumazaki, Head of PR, recalls what it was like.

“It was the most nerve-wracking PR event I’ve ever experienced. At the time, we were aware that satellite launches do not always go as planned, and it can take numerous trials to successfully inject a satellite into orbit after launch.

As for PR, It was a great opportunity. I wanted to share Snyspective’s activities with as many people as possible but things don’t always turn out as expected. The coronavirus pandemic, the uncertain launch date, and the fact that a lot of preparation was needed made things very difficult. On the day of the event, with the support of the PR team and outside staff, the launch and live streaming went without a hitch. Also, we had a really strong turnout, with an increase in connections and YouTube views. More than anything, I was happy to be able to run through this event with my colleagues and feel that we were creating this together, which I still vividly remember.”

Many other team members played essential roles. The launch of our first SAR satellite would not have been possible without everyone’s hard work, collaboration, ingenuity, and perseverance.

Synspective is aiming to build 30 constellations by the late 2020s. More launches are planned for the future! There are unique opportunities for you to contribute and help us launch new satellites into orbit.

Explore the benefits of joining the Synspective team and check out our open positions!