On October 12th, 2019, the typhoon “Hagibis” struck Japan. While remaining extremely large and strong, generating heavy rain, storms, high waves, and storm surges in a vast area. Its lowest pressure was 915 hPa, the highest wind speed was 162 mph, and the total amount of damage in Japan was said to be 15 billion USD. This typhoon caused more than 300 landslides and collapsed levees at over 70 rivers.

Synspective has analyzed the flood damage of the Abukuma River caused by this typhoon in 2019 using our Flood Damage Assessment solution. 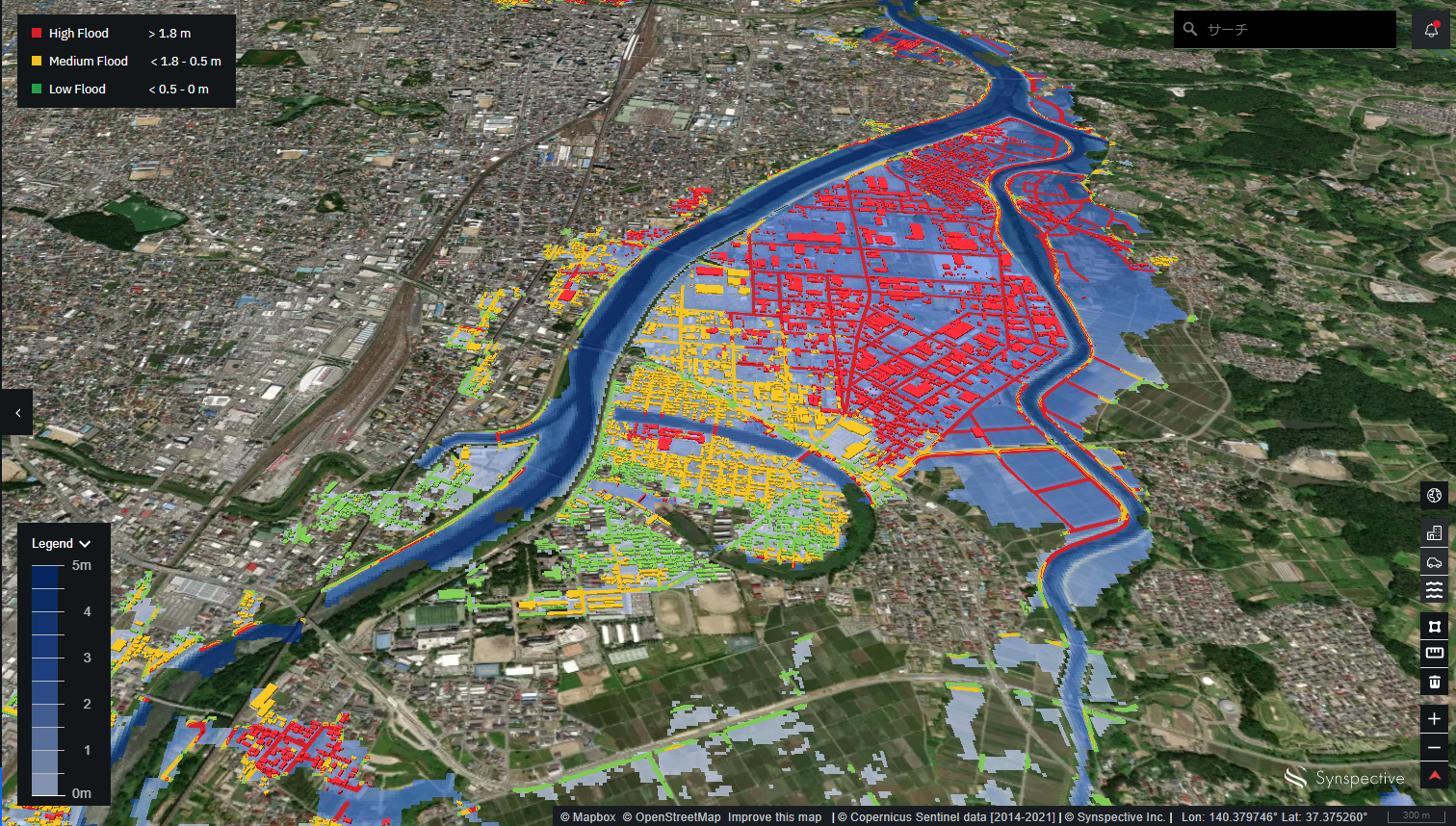 Synspective analysed the flood damage around the Abukuma river, where the damage was severe in the Tohoku region, using Sentinel-1 SAR satellite data, which was observed on Oct.12, 2019, 11:42 PM UTC.

Features of the solution

Differences from other types of the observation data

When a disaster occurs, it is necessary to promptly take action to the damage situation based on accurate information.

Synspective is developing and operating its own small SAR (Synthetic Aperture Radar) satellites and aiming to build a constellation of 30 satellites by the latter half of the 2020s. With this low-earth-orbit constellation, satellites will be able to reach and observe disasters in any part of the world within two hours.

Furthermore, utilizing the most advanced analysis methods such as AI and Machine learning, Syspective can identify the range of impact on facilities such as buildings and roads.

In the future, we will be able to grasp the inundation damage more quickly by incorporating data obtained from our small SAR satellite constellation into Flood Damage Assessment. This solution helps the public sectors prioritize the rescue, support and staff allocation to flooded areas, and the insurance companies and companies with their own assets in the struck areas can quickly understand the flood damage and utilise data for decision making. 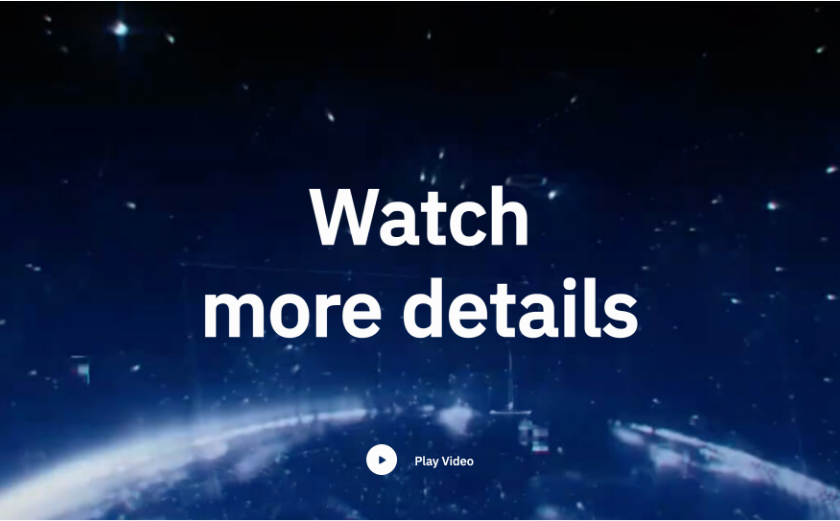 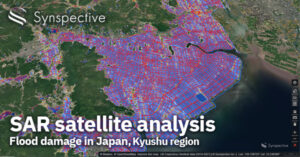