Analyzing the flood damage from the Rokkaku River in Saga Prefecture (Kyushu).

On August 14, 2021, large parts of Japan, particularly in Kyushu and Chūgoku regions, saw record levels of torrential rain, causing rivers to overflow and triggering landslides. Synspective analyzed the flood damage situation from the Rokkaku River in Saga Prefecture using our Flood Damage Assessment (FDA) solution service. The observed data was captured on August 15, 2021 at 9:21AM (UTC), using Sentinel-1 SAR satellite data. The analysis results based on the flood inundation map can be viewed below, and we are verifying the accuracy to further improve our services. 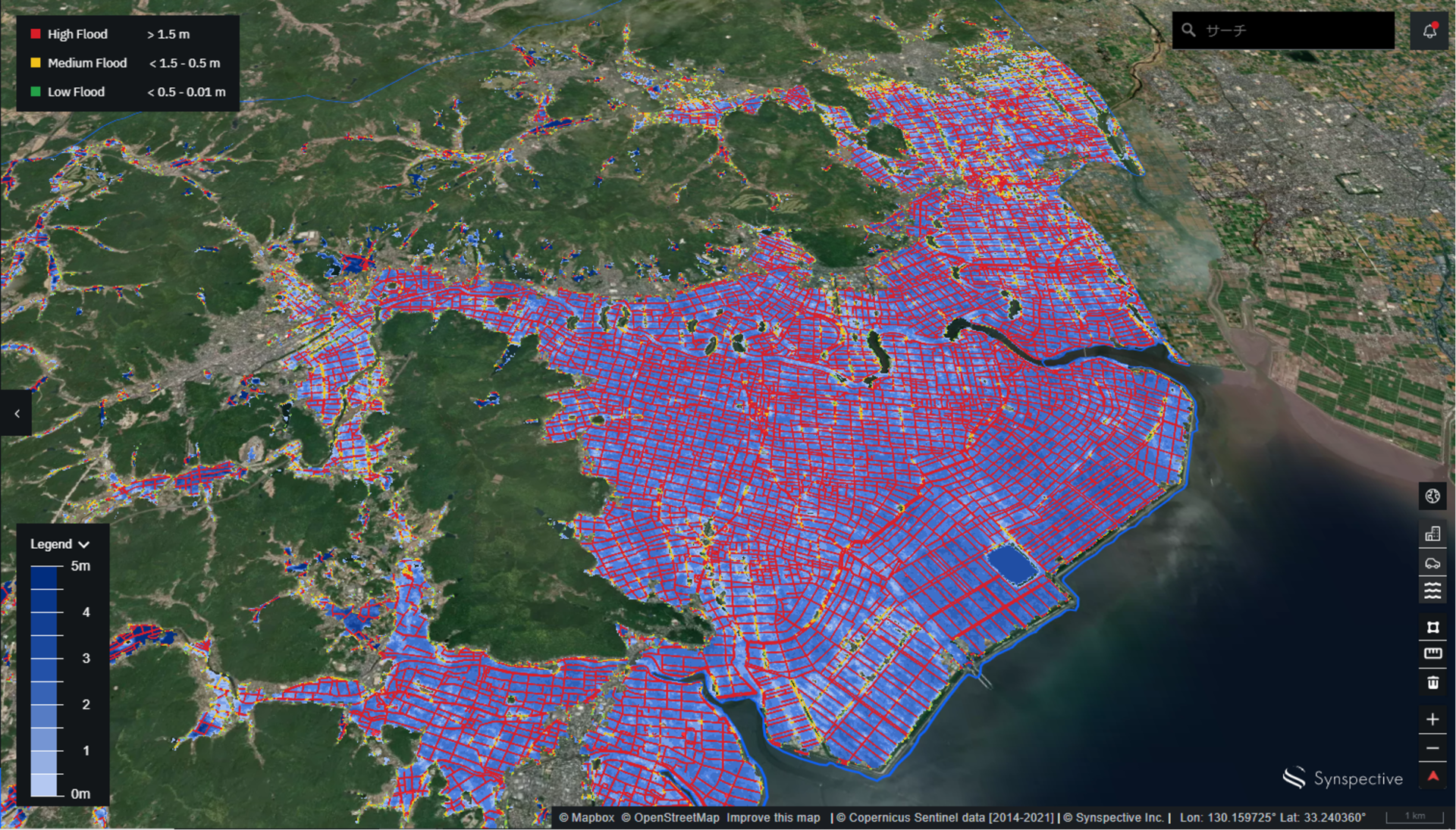 Differences with other observation data

In the event of a disaster, it is necessary to quickly respond to the situation with accurate information.

Synspective develops and operates its own small SAR (Synthetic Aperture Radar) satellites.  The company aims to build a constellation of 30 satellites by the late 2020s, which includes 1 satellite currently in orbit.

A constellation of 30 satellites in low Earth orbit will enable the observation of natural disasters occurring anywhere in the world within a 2-hour timeframe. (Capturing an image in any area of Japan is possible within a short time interval of several minutes.)

Furthermore, by utilizing cutting-edge analysis methods such as machine learning technology, it is possible to capture the extent of the impact on facilities such as roads and buildings, as described above.

By incorporating the data from a small SAR satellite constellation into the Flood Damage Assessment, it will be possible to capture the flood damage more quickly in the future. As such, public organizations should be able to prioritize relief and support for flooded areas and personnel, while insurance companies and companies with their own equipment should be able to quickly capture flood damage and use data for decision-making processes.

Click here for a use case in the Abukuma River, located in Japan’s Tohoku region.