On July 3, 2021, a large-scale landslide hit Atami City in Shizuoka Prefecture after days of torrential rainfall. Our disaster analysis team analyzed the damage from the debris flows. The observation data was gathered using Sentinel 1- SAR satellite data imagery, which was taken about once a week from early June to August 10, 2021.

In this analysis, in addition to SAR imagery, we use land cover and topographical information provided by the Geospatial Information Authority of Japan. Data such as the scattering intensity (*1) and coherence value (*2) of radio waves from satellites are used for analysis. By changing the applied algorithm for each pixel according to land cover, it is possible to make assessments based on damaged area features in both urban (residential) and non-urban areas.

(*1) Scatter Intensity: Microwaves emitted from the SAR sensor are scattered to detect physical properties on the Earth’s surface. Surface roughness has a large impact on scatter intensity.

(*2) Coherence: Microwaves emitted from satellites at two different times reveal the degree of coherence (ease of coherence) depending on the phase alignment. 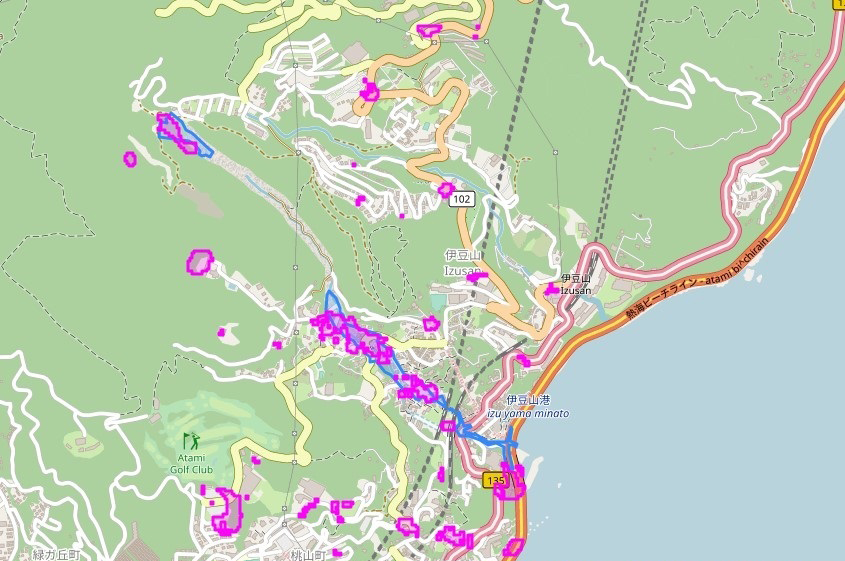 Clouds often form before and after debris flows, and it is assumed that drones and optical satellites cannot be fully used in the event of a rainfall-induced landslide disaster. In our analysis, we found that SAR satellite data was an effective tool in the event of a disaster under bad weather because SAR satellites are not affected by nighttime or weather conditions.

Synspective is developing and operating its own small SAR (Synthetic Aperture Radar) satellite. We aim to build a constellation of 30 low Earth orbit (LEO) satellites by the late 2020s, which includes one satellite currently in orbit. With a full constellation, our satellites will be able to reach and observe disasters in any part of the world within two hours. Unlike traditional observation methods using optical satellites and aircraft/drones, SAR satellites are capable of all-weather Earth observation and can quickly capture ground movements over a wide area. 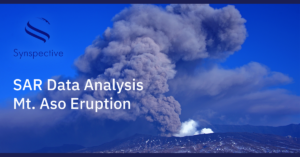