Synspective’s StriX-α has taken a SAR Stripmap image of the Pyramids of Giza, the most famous pyramids in the world, located at the edge of greater Cairo, Egypt.

SAR Stripmap Image of the Pyramids of Giza, taken in August 2021

– Although usually not displayed in pictures, the pyramids are very close to the city.

– The tips of the pyramids are upwards, due to the angle of the radar. 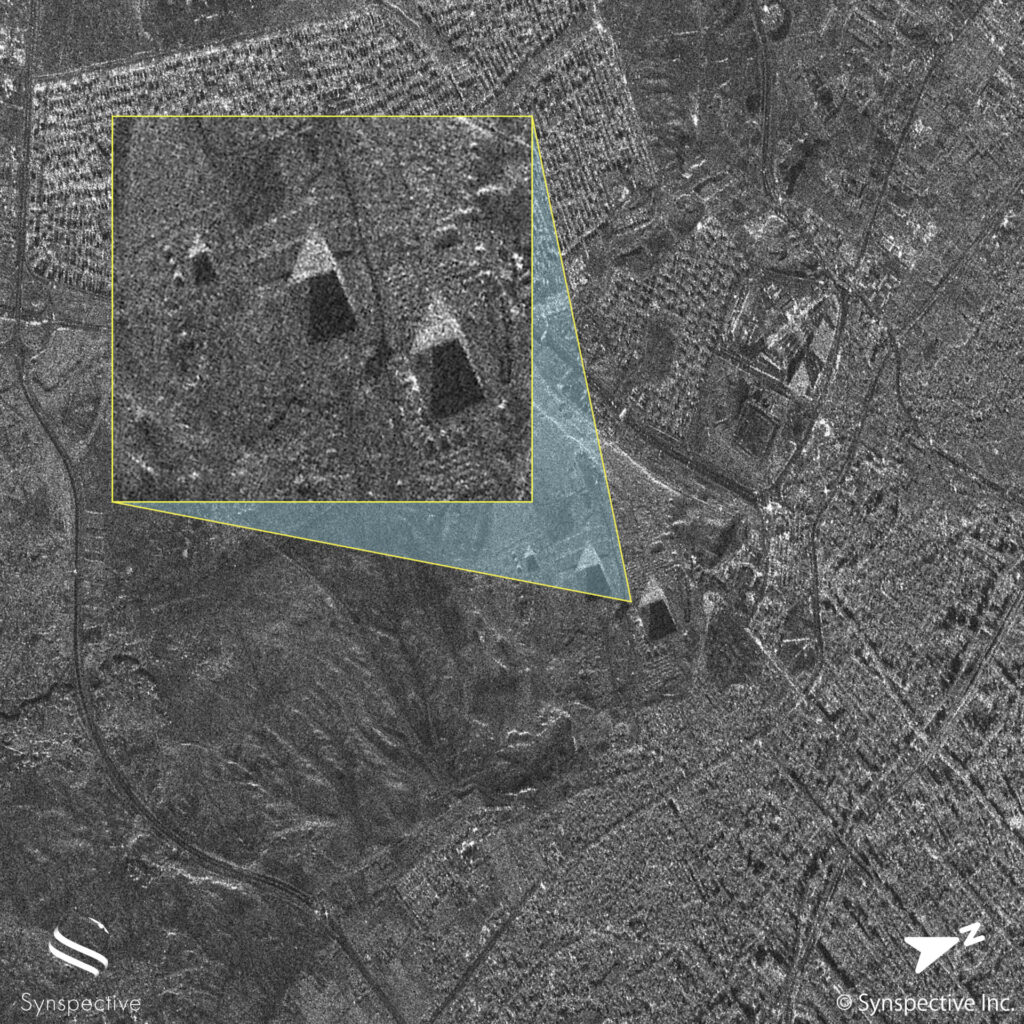 A Closer view of the 3 pyramids

The top tip of the pyramid is shown as almost transparent and stretched towards the upper side of the image. This comes as a result of radar illumination from our StriX-α satellite which covered this location from the top side of this image in a descending orbit. Depending on the off-nadir angle in which the pyramid was observed, the reflection direction will change. The difference in length of the layovers corresponds to the height of each pyramid.