Synspective’s StriX-α has taken a SAR Stripmap image of Toledo, Located on the banks of the Tagus river in central Iberia, Spain. 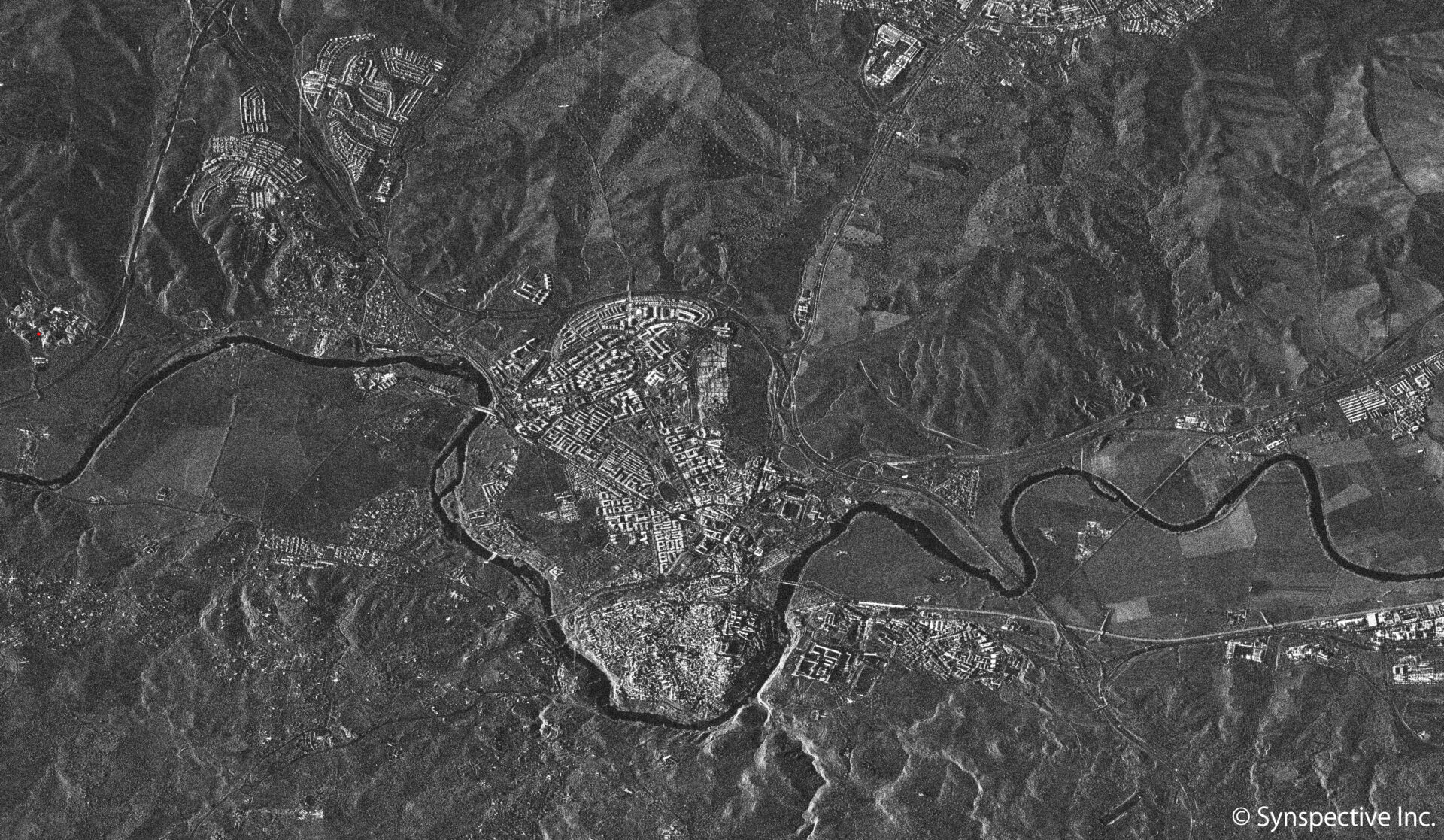 As the capital of Spain until mid sixteenth century, Toledo is known as the “Imperial City” mirroring the unique historical blend of Christian, Muslim and Jewish cultures. The city is set on a hill over the plains of Castilla-La Mancha only half an hour from the modern capital, Madrid. SAR image depicts vast areas of hills surrounding the city with bushes and trees scattering. 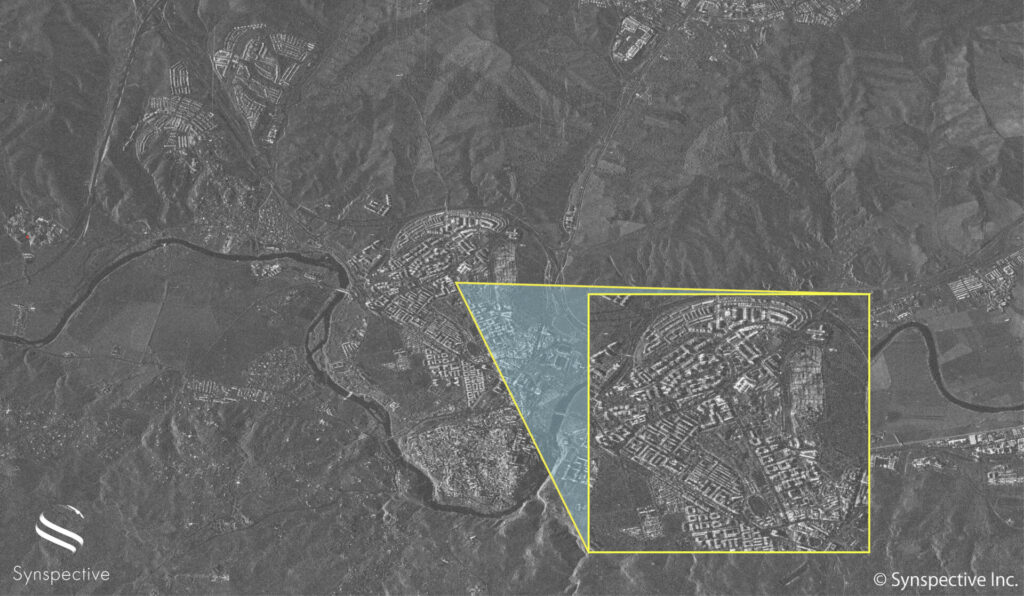